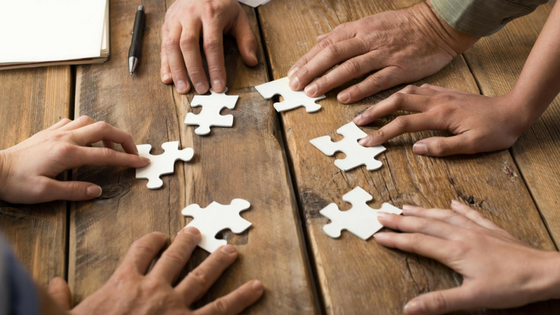 During his 21 years as a church planter and pastor, Larry Peabody’s uneasiness increased as he witnessed the gap between what most of us know as “church” and how the New Testament depicts and describes its actual beginning. Peabody’s concern came into even sharper focus as he started to realize that another gap exists between the practices of most churches on Sundays and the need to equip believers for their daily work of loving others. 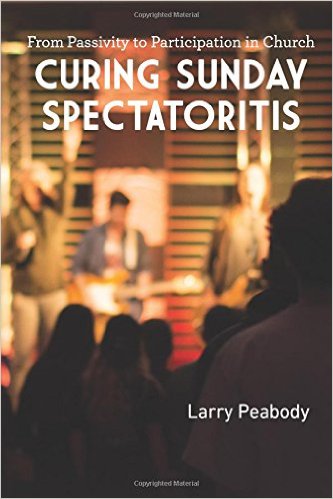 All of this prompted Peabody to begin research for his new book, Curing Sunday Spectatoritis, in which he investigates the implications of what was, at the time, Jesus’ new command of loving one another as He loves us.

Stating that “those few words became the seeds from which grew the dozens of one-another/each-other instructions throughout the New Testament,” Peabody points out that at least seven of those commands are actions that can be incorporated into our main weekly meetings, thus preparing believers for their loving work in the world.

Sunday: Preparation for Monday?
Peabody asserts that, today, the typical meetings of the “gathered-church” provide no space for believers to tell and hear what God is doing in and through them in the “scattered church,” leaving them ill-prepared outside the church walls.

Garrett-Evangelical Theological Seminary professor Mark Teasdale calls this seldom provided Sunday space “practicing evangelism” and greatly encourages it so that, “later, outside the church, we have the vocabulary” for talking about God. “We’ve practiced it.”

A Necessary Paradigm Shift
Peabody argues that typically both the church meeting space and the order of service press the body of Christ into audience mode. Church becomes theater. An overemphasis on platform performance creates passivity in the pew.

By contrast, he says, those in the New Testament church did not just consume. They contributed. When they met, Christians were able to encourage each other and to spur fellow believers on to love and good works. Peabody shakes his head at the idea that in today’s engaged, participatory culture, the church would be passive and spectator oriented.

Curing Spectatoritis resonates strongly with what Q Place has seen over its 56-year history—that when participants in groups share what they are observing about God and the Bible, they make life-changing discoveries. If this is true of people who start out as skeptics and seekers, then active participation should be all the more powerful among believers who meet together each week.  Peabody assembles great information about how God is restoring interactive participation to the body of Christ so that we will each be better equipped to love others and share the Good News of the Gospel.

Evidence of God at Work
As Alan and Eleanor Kreiders say in Worship and Mission after Christendom, “If we receive no reports from the front in our congregations, we are in trouble. . . . God seems powerless and inactive. And Christians who do see evidence of the missional activities of God in our time may only whisper about it…”

Of course, the phrase “from the front” can be taken a few different ways: the battle front, and the literal “front” of our worship spaces. Either way, Peabody believes that most encouraging and spurring on involves speaking to and hearing each other regarding the ways God is speaking into and using his people. Yes, the church needs “reports from the front!”

Hebrews 10:24-25 explains the importance of Sundays:

“And let us consider how we may spur one another on toward love and good deeds. Let us not give up meeting together, as some are in the habit of doing, but let us encourage one another — and all the more as you see the Day approaching.”

There is incredible value for evangelism in hearing what God is doing today in our neighborhoods, workplaces, families, and other arenas of our scattered-church lives.

A Passing Fad?
Peabody says, no; participatory church gathering expressions are not a passing whim. “If it seems new, that is only because it is so old … it was the modus operandi in the New Testament church.”