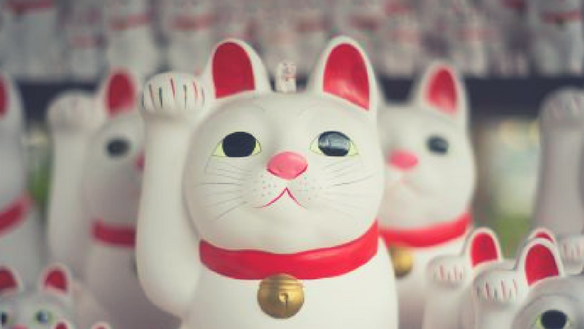 There’s a huge joke at my house. My oldest son, Ben, at twenty-one, stands six-one and has blond hair, blue eyes, and a passionate approach to life. If you look at college pictures of me thirty years ago, the resemblance is uncanny!

My other three children love to tell Ben that he is me–that he looks like me, talks like me, and resembles me in so many ways. He’s even loud! He walks loud, talks loud, and lives loud. He’s me and my other kids love to point this out because they know how it gets under their big brother’s skin. In fact, not too long ago, we were standing side by side and the whole family started laughing because we both had our arms crossed, leaning on the same leg, with the same expression on our faces. In the midst of their laughter, the kids blurted out, “He even moves like Dad! You are Dad!”

DNA
Ben didn’t wake up one morning and decide that he’d be “just like his dad.” That coding was put inside him when my genes got together with my wife’s genes and my strong Dutch genes overpowered my wife’s weaker Italian genes.

By definition, DNA is an “organic chemical of complex molecular structure that is found in all organic, living cells and in many viruses. DNA codes genetic information for the transmission of inherited traits. DNA is the carrier of genetic information.” My son is a living example of God’s own creative game of copy-cat, the result of the coding in his body that makes him just like me in so many ways.

Missional DNA
A few years back, in his book The Forgotten Ways, Alan Hirsch wrote about what he called missional DNA (abbreviated mDNA). Hirsch wrote,

As an organism holds together, and each cell understands its function in relation to its DNA, so the church finds its reference point in its built-in mDNA. As DNA carries the genetic coding, and therefore life, of a particular organism, so too mDNA codes the life force that pulsated through the New Testament Church and in other expressions of apostolic Jesus movements throughout history. I have come to believe that every church, indeed every Christian, if truly birthed in Jesus Christ through the Holy Spirit, has the full coding of mDNA and therefore has direct access to the power of the Apostolic Genius.

Hirsch wasn’t the first person to talk about this or to tie genetics to spiritual realities, he took his cue from Jesus. Jesus told his disciples that only good trees could produce good fruit. Trees couldn’t produce fruit that was outside of their own genetic ability. So, using Jesus’ statements from Matthew 7:17-18, an orange tree can never produce apples no matter how hard it tries, and you will never get grapes from thorn bushes. This is good biology. Plants can only produce fruit that is in line with their genetic coding, their DNA.

Much more than biology
But Jesus wasn’t talking about biology. He gave his illustration to teach his followers–and us–about a deeper spiritual reality: The religious system of the day, run by the religious leaders, was dead. It had lost the DNA of the Kingdom of God.

One has to wonder what Jesus would say about our DNA, and we must ponder the same. Why are there so few conversions today? Where are the baptisms of people who are coming to know Jesus for the first time? Why do most of us struggle to make even a single disciple? Is it fair to say that the mDNA Hirsch talks about and the Kingdom DNA Jesus embedded and which was unleashed through the earliest Christians is either missing or asleep in our churches?

Just as Jesus encouraged his disciples to take a second look at the religious system of their day, perhaps it is time again to take a long, deep look into the systems where believers find themselves today. Is it possible to reawaken the Kingdom DNA in our churches and become equipped to become reproducers of Christ’s life in others?