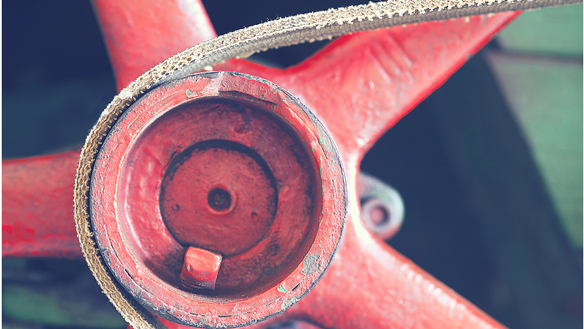 Once you’ve taken an honest assessment and accepted the reality, here are two more things you can do:

Paint a Picture of Resurgence
You can let your congregation know that the honest assessment of its missional temperature isn’t the end game. In fact, it’s only the beginning of being able to paint a vibrant, exciting new picture of resurgence. You must cast a vision for what the future on God’s mission can look like. All of us, more than likely, have an understanding of how important vision is. But how do you begin to consistently hold it up for your people?

We can’t stress enough the importance of pulling out all the stops in order to get the message across that each person in your church—every believer–is a sent one—called and equipped to help others believe where they live, work and play! But since vision truly leaks—like water from a bucket that has a hole—the challenge and excitement of being part of a life-changing, world-impacting movement will have to be repeated time and time again.

One significant way to cast vision and paint a new picture is to take field trips to places where the missional culture looks more like you’d like it to look at your church. For example, one lead pastor was so invested in this idea that he persuaded his church’s elders and deacons to commit $20,0o0 per year in order to send a group of what he called “influencers” from his church to a conference where they could truly catch the vision. For over six years his church sent 120 influencers to that same conference so the missional vision shared there would be caught by enough of his people to really impact change. Over time, as each new group went to the conference and experienced what their church and their own individual lives could be, they returned and implemented ideas. Eventually, the culture of their church shifted as individuals learned how they could become part of helping spiritual seekers encounter the gospel.

We are not saying that all churches have that kind of money at their disposal. But when it comes to painting new pictures, serious ongoing investment will be involved.

Stop Looking for the Silver Bullet
There is no magical, miraculous program to follow or pill to swallow that will suddenly change the culture of our churches. As Pastor Eugene Peterson says, this is a “long walk in the same direction.”

Cultures are built over time with consistent focused effort and energy. When you see a church “break through,” it is tempting to think that it happened in just one moment, but the truth is, there were many small steps that led to it. Jim Collins, in his book Good to Great, calls this “the flywheel.” When you turn a giant metal flywheel with a large number of short pushes, the wheel picks up momentum and keeps spinning on its own. Once it is spinning, you can keep increasing the momentum with no more effort exerted than on the first push.

Jim Collins says that pursuing the same focused goal over and over again creates this flywheel effect.

Beginning to implement any new missional vision will start with many small actions that may, at first, appear only to lead to very slow movement, but take heart! Over and over again, with every consistent push of the “flywheel,” momentum will build.