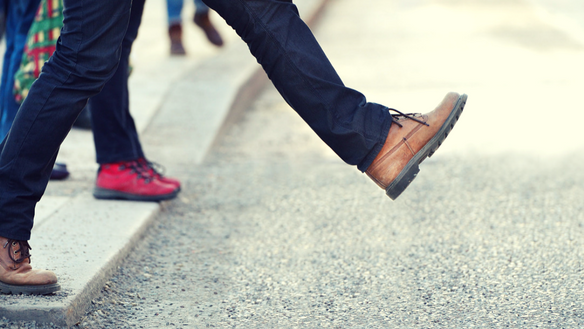 Bill Hybels said it long ago, “The facts are our friends.”

This seems obvious, but in reality, it can be hard to face the facts even when they may hold the key to jumpstarting important changes and shifts in ministry.

Pastors, loving the flocks we are called to shepherd also includes challenges and truth telling. Most people, when living within a system for a long time, will have a hard time seeing the reality of what is really happening within that system. But part of a pastor’s job is to help them. The facts are our friends. Unfortunately, all too often, in church especially, we don’t like them.

Do we really want change?
Let’s face it. We say we want change, but actually confronting the facts might mean something has to change! If we’re honest with ourselves, change is a hassle! Especially when it comes to matters of “living out our faith.” Will an honest assessment expose the reality that we actually want the status quo? A change might cost us!

Certainly when it comes to our own leadership, it’s true. We might have to lead differently, “setting an example” and moving in ways that might be much different than what we’re used to. In order to grow a missional culture in our churches, we will need to confront our own reality as well as that of our congregation, with all the honesty and authenticity we can muster.

Is your church growing? If so, where is that growth coming from? Is it growing because new believers have come to understand who Jesus is? How good are your people at being missionaries where they live, work, and play? These questions serve as a reality check, not to produce guilt or shame. Acknowledging and assessing can bring about exciting opportunities to change course.

Remember, the facts are our friends.

Honesty
A group of pastors in the Chicago suburbs were meeting monthly with the goal of checking in, building relationships, and getting on the Mission of God together. Mike was the new guy, a pastor of one of the “big four” churches in the area. During one of their gatherings, Mike got honest and told the group that if his church didn’t radically alter the way they were doing things, they wouldn’t be around much longer. He had told his elders pretty much the same thing, and all  of them were now trying to figure out what to do next.

Mike knew that his church had to get on God’s mission. He embraced his call as a leader to build God’s Kingdom, acknowledging and assessing his own church’s reality and setting out to change it.

Today, that church is on a pathway to a whole new place. Mike is no longer the pastor—and there was no ill-will whatsoever in his departure—he had simply done his part for the Kingdom and that church. His willingness to confront the brutal facts built the foundation for the church’s resurgence today.

The first step in building a missional culture in any church is to be strong and courageous. Don’t be afraid of being honest with yourself and your congregation.