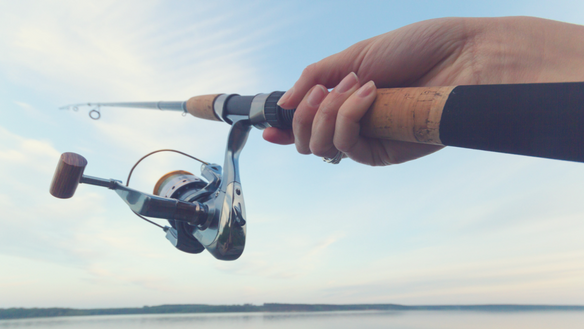 Ruth’s neighbor had been sick for a long time, grew quite reclusive, and had stopped responding to any of Ruth’s neighborly gestures. Ruth had all but given up trying to literally love her neighbor.

That was, until one day, when her neighbor reached out to her. In total distress, she called Ruth and explained a pretty serious problem she was experiencing. Ruth’s response was kind and compassionate, and feeling like this was an answer to her own prayers, she was ready to help. As it turned out, this was a pivotal moment in their relationship–Ruth’s neighbor has needed daily help with small and bigger things ever since.

“Sometimes you just have to get involved,” Ruth said. “I’m thankful God is using me.”

Jeff will jokingly tell you that he feels like he splits his time between three places: work, his bed, and wherever his kids are playing their next game. A father of four “sporty” kids, Jeff wants to support them, plus, he admits with a grin, “I love sports! Being on the soccer sidelines or in the stands at baseball is pure enjoyment for me!”

He’ll also tell you that he’s really enjoyed getting to know the parents of the other players.

“You wouldn’t believe some of the topics of discussion that come up when you’re in the bleachers for a few hours! I’ve had incredible conversations about life, God and faith, in between gymnastics events! Just like God continues to pursue me, He’s after many of the parents, pursing them for His own. He wants them to experience life with their Father. As for me, I know He’s putting me right next to them for a reason.”

Two single moms–who happened to attend the same church–had been searching for months for affordable housing. Literally, nothing was available to rent in the town where they lived even as moving day for both of them loomed closer and closer on the calendar. What were they going to do?

That’s when another friend from their church, who’d also been helping them look, saw another “FOR RENT” sign in front of yet another place, and took the chance of calling the number on the sign. Based on the lack of success of so many other calls they’d each made like this one, none of the women were holding their breath.

But then an amazing thing happened! Two apartment units were actually available in the triplex! And by the grace of God, the landlord permitted both women to sign leases with him for rents that they could afford!

In exchange for the reduced rents, the landlord simply requested help with outdoor maintenance issues like lawn mowing, leaf raking, and snow plowing and shoveling. He explained that he lived out of town and these tasks were hard to manage long distance.

So the women’s church stepped up and said they would be happy to help.

For two years now, this body of believers has assumed responsibility for a building they don’t even own. But this choice to serve the landlord has allowed the church to become a light and the presence of God to not only the owner of the building but to the neighborhood as well. In fact, many neighbors have been commenting that the place hasn’t looked this good on the outside in years!

When Jesus called his first disciples, he said, “Come follow me.” Amazingly, they dropped their nets and did.

It’s also interesting to note what Jesus said would be the result of that following: “I will make you fishers of men (and women).”

Jesus’ invitation is to “Go fish!”

Ruth, Jeff, and the church that chose to help the landlord have discovered ways to Go Fish in their daily lives. Do you feel equipped to do what they are doing?