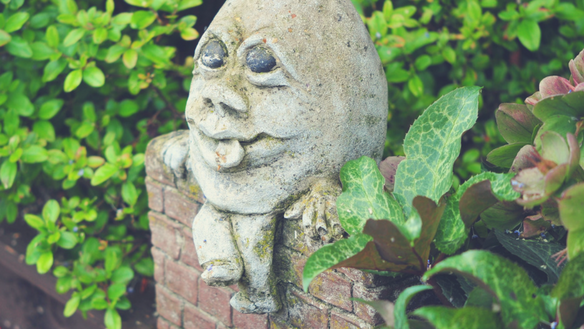 Sears, Roebuck and Company, the once iconic retail giant, has been almost as synonymous with America as baseball, apple pies, and Chevrolet. Some may argue, based on history, that this has also been the case with Christianity and its expression, the Church.

However, in a recent Group Publishing blog post, Rick Chromey, author of a number of church ministry books including Sermons Reimagined, draws a sobering, yet compelling comparison between the demise of Sears and what doesn’t bode so well for the church.

Earlier this spring the flailing retailer shockingly announced that it was literally fighting for its life–Humpty Dumpty is very close to falling off the wall.

Is the church that far behind?

The fairytale
Originally founded in 1886 by Richard W. Sears, a railroad agent who started selling watches, Sears eventually became known for its jewelry, too, launching a catalog that captured the eyes and hearts of customers. Soon, the catalog contained sewing machines and sports equipment and everything in between.

In his blog, Chromey writes this:

Sears didn’t open its first store until 1925. Two years later they launched the Kenmore brand, followed by All-State insurance (1931) and the famous Christmas catalog (1933). By the end of World War II, Sears was topping $1 billion in sales.

By then suburbia was bubbling in post-war America. Sears led the way and built new stores all over America (1946). They pioneered credit cards and innovated fresh brands like DieHard batteries and Craftsman tools. Sears could do no wrong. In 1973 they built the world’s tallest building: Chicago’s Sears tower.

The tragedy
But then came the 1980s. What happened to the Sears brand? Chromey continues:

. . . Walmart was the new retail giant. People wanted “superstore” variety but with affordability and convenience. In 1991, Sears lost their “top-selling retailer” mantle to the Arkansas superstore. Three years later, Sears sold its namesake tower. In 1993 they stopped producing their catalog and moved the Christmas catalog online (1998). In the early 2000s Sears merged with Lands’ End (2002) and Kmart (2005), but profits continued to slide.

And in the past four years, no matter what the parent company of Sears has done, tried to do or sell off, it hasn’t worked.

The reality
Chromey concludes his historical narrative by describing what may seem the obvious revolution to most of us: The rapid rise of technology and its sales champion: Amazon. Chromey summarizes the competitive retail environment this way:

It’s a jungle out there, and it’s called Amazon.

So, what can the Church learn from Sears?
Chromey’s conclusions seem pretty much on point:

New wineskins
How well has the Church responded to today’s fast, fluid, and flexible jungle of cultural changes? What will it do to keep from falling off the wall? Here at Q Place, our “living vision” is to provide the Church with a reimagined wineskin for evangelism and sharing our faith! Do you want to know more about the 9 Arts of Spiritual Conversations? Please join us for a FREE 1 hour webinar that will equip you to build a missional culture in your church or sign up for coaching to start a small group for seekers.