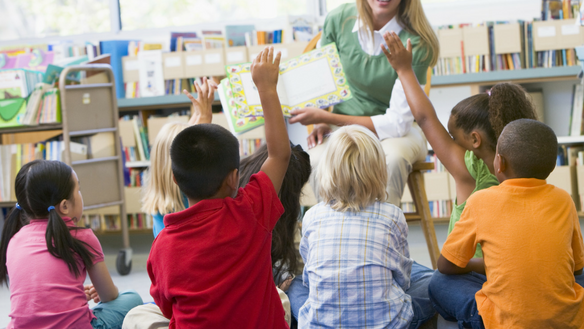 Kay recalls a time when she was much, much younger.

It was late and dark. But my dad kept driving toward our hotel.

So while my sisters slept on either side of me in the back seat, and while my mom fought to stay awake up front to keep dad alert, four year-old me stood, my feet straddling the backseat middle floor bump and my hands gripping the front bench seat, talking and talking and talking.

Finally, my dad told my mom to just go to sleep—all my chatter would keep him very much awake.

I’ll never forget having my daddy all to myself—I was literally in his ear—and I remember how delighted I was to be able to ask him any question that popped into my head.

Asking questions–a lost art?
It is true. Curious four-year-olds ask lots of questions! But scientists say that a child’s never-ending “why’s” aren’t meant to exasperate parents. Rather, Jeanna Bryner, Managing Editor at LiveScience, says, “Queries are genuine attempts at getting at the truth, and tots respond better to some answers than others.” Her article “Why Kids Ask Why” asserts:

This new finding, based on a two-part study involving children ages 2 to 5, also suggests they are much more active about their knowledge-gathering than previously thought.

“Even from really early on when they start asking these how and why questions, they are asking them in order to get explanations,” lead researcher Brandy Frazier of the University of Michigan told LiveScience.

But as children grow older, their questioning decreases. A Harvard Review poll of more than 200 of their clients estimated that, of those with children, 70-80% of their kids’ dialogues with others were comprised of questions. But those same clients said that only 15-25% of their own interactions consisted of questions.

Why the drop off?

What about you?
For one reason or another have you fallen into the habit of not asking questions? In your workplace? At home? With others? At your church?

It is imperative—especially when it comes to our relationships—that we slow down and take the time to ask more and better questions. Asking questions doesn’t point to weakness or uncertainty, but has the potential to open a joyful world of understanding and exploration! Great leaders constantly ask questions and have a healthy and freeing awareness that they don’t—and can’t possibly—have all the answers! The brilliant scientist Albert Einstein once said:

The important thing is to not stop questioning. Curiosity has its own reason for existence. . . . Never lose a holy curiosity.