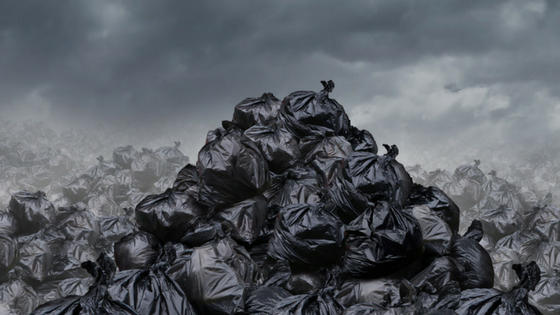 One morning Majora Carter went out for her daily run across the South Bronx in New York City. The backdrop? Dumpsites. One after another.

Maybe it was the smell of all that good, decaying refuse that made Majora’s dog pull her toward the Bronx River. Most likely it was. Nonetheless, before she knew it, she was walking gingerly behind her dog who was leading her—straining and sniffing forward—through weeds and scattered piles of garbage.

The two ended up near the river’s shore, right at the site of a massive city dump. When Majora finally looked up, she saw it: Garbage upon more garbage, piled and dumped on the water’s edge, on what could have been—what should have been—one of her neighborhood’s most valuable natural assets.

Instead, she faced a heaped, ugly, decaying, horribly smelly ruin.

And in that  moment, she noticed
She describes feeling awakened—Wasn’t her neighborhood worth fighting for? So fight she did.

This simple act of noticing began Majora’s prolific career in activism, environmental restoration, and local entrepreneurialism. Today, if you were to head to that same spot in the South Bronx where Majora was running with her dog, you’d be standing in the middle of a beautiful park built along the banks of a river, constructed with the hands and brawn of a proud community stirred by the passion of one person.

That same passion has driven Majora Carter to go after and win multimillion dollar grants for neighborhood renewal. She’s been awarded the MacArthur Genius Award and earned a Peabody Award for a radio program on local changemakers. And she is perhaps known for giving one of the most famous TED talks to date.

All because one day, she noticed.

The first step
Noticing is really the first step in bringing the good news about the Kingdom of God and Jesus to bear. Noticing—situations, circumstances and people—can move us to compassion as what surrounds us becomes humanized and seen. As our awareness is heightened, the Spirit moves us toward real problems and real lives in need of real salvation.

Noticing is actually considering something or someone long enough to wonder about it or him or her; wonder if we could be part of making a change.

Noticing opens our hearts to see where God might already be at work, expanding our vision with His eyes of love and compassion, delighting Him because we took our eyes off ourselves and our own agendas for even a moment, to focus on something or someone else.

Mere coincidence?
Was Majora’s discovery of this neglected riverbank an “accident”? That’s fodder for more conversation. Regardless, discover it she did, and she determined to do something about it.

Noticing—whether by God-ordained grace or if we intend it—is a starting point that can move us toward action.

What or who will you notice today?

Majora Carter’s story is adapted here from the way it was told in The New Parish, by Sparks, Soerens and Friesen, InterVarsity Press, © 2014, pp. 137-138.