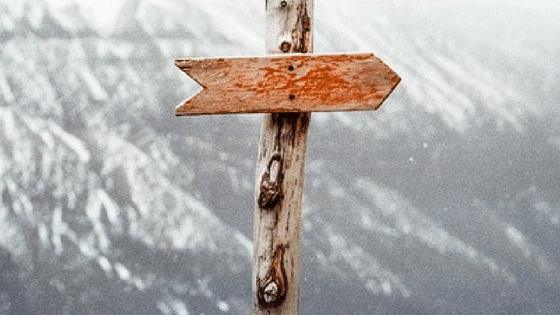 Following Jesus involves a dynamic process that starts with putting into practice several general teachings that he laid out. But it also includes a very specific dimension of doing, saying or going exactly where he is indicating at any moment in time.

Trust
As we learn to follow his commands and put them into practice, our lives are conformed to the general truths expressed in what he said. “Therefore be imitators of God, as beloved children” (Eph 5:1). He provides us with many opportunities to love God and those around us no matter how we are treated. The circumstances of our lives give us the choice to seek first the kingdom and avoid running after food and clothing. We learn to trust him when things go wrong or things happen that we do not understand. We become more mature believers by obeying and putting into practice these general commands.

These commands are like the rules of a household: turn out the lights, pick up your clothes, push in your chair, say please and thank you. A child growing up in that household learns these commands, and learns to follow them.

Obey
Following Jesus also has a unique dimension. Jesus himself only did and said what the Father told him to say or do, and he expects his followers to do the same. Paul and his companions wanted to to up to Bithynia, but Jesus clearly showed them that he wanted them instead to follow him to Macedonia: “They tried to enter Bithynia, but the Spirit of Jesus would not allow them to” (Acts 16:7 NIV). When Paul wanted to leave Corinth, Jesus told him to remain, because there were still many people in that city who were going to follow him.

In a household, this unique dimension is like asking someone to do something specific: please pick up some bread on your way home; don’t forget to call the doctor; can you go upstairs and get my jacket for me?

This specific dimension of obedience often demands sacrifice, but also propels disciples forward. Following Jesus will lead us out into a broken world to convey the Father’s love.

Follow
Several years ago I heard a Nigerian bishop speak on the version of the Great Commission given at the end of the Gospel of John. After reminding Peter three times to feed his sheep, Jesus says, “You must follow me” (Jn 21:22 NIV). The bishop suggested that the American emphasis on Matthew 28 to “go into all the world” has evolved into a “go-and-fix-it” paradigm, as if we were the ones in the lead, bringing Jesus with us. He admonished us to remember that the great commission in John is the command of Jesus to “follow him” wherever he goes. Jesus is already there, inviting us to follow him, so that he can introduce us to others.