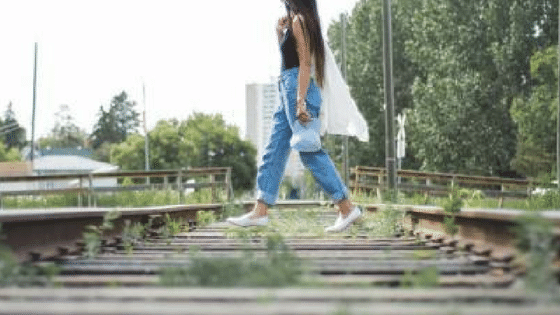 “…we were getting a little desperate to experience the mess of the gospel, the parts that come with rowdy redemption and wide-eyed trust, and even parts that promise pain and land good folks in the same trenches where Jesus chose to spend his time. We wanted to feel something beyond ourselves. We wanted to be free.”

This quote from Shannan Martin’s newly released book, Falling Free, describes the initial moments when she and her husband, Cory, realized they had constructed a life for themselves that was comfortable, yet far from those he had commanded them to go to.

With no little amount of angst, they sold their six-bedroom home on six bucolic acres in “God’s country” that Shannan had been writing about on her blog, then called Flower Patch Farmgirl, and moved to the inner city of Goshen, Ind. As Shannan describes it, “Our life was in direct contradiction to the one we’d been charged to live, not because it was bad but because it was fundamentally about us.”

I must admit I love stories like Shannan’s.
They give me a chance, at least initially, to live vicariously through someone else’s journey with God. Isn’t it great how God is using Shannan and Cory to make a difference for the Kingdom!

But lately I’ve grown weary of simply watching someone else have an intimate, albeit entirely-too-messy-for-my-comfort experience with their Savior.
I’m beginning to realize that the Martins’ story and the others we consider long ago history in the pages of our Bibles aren’t on display for us just to read like an inspirational novel and then go on with our regular lives.

Shannan and Cory’s story is just another illustration of how God is inviting others to go into his world too.

But me? Surely not!
You may think you’re not cut out for such an adventure. Shannan didn’t think she was at all ready to do what God was asking her to do. In fact, she describes herself as “entirely human and glaringly ill equipped for change.” She grew up “fully immersed” in Evangelicalism. Initially, she thought God’s entire premise for their family “preposterous.” But as she and her husband studied Jesus’ life and words and actions, they were met with the uncomfortable reality they could not ignore. “I was called not to pretend I could save them, but to love them, to simply be with them. They bore the very image of Christ himself. . .[H]is people needed neighbors, and we could do that. He promised we could.”

The “wrong side” of the tracks
As they began doing life on the “wrong side of the tracks,” Shannan began seeing the underbelly of her own Christian experience: her impatience and selfishness, her judgmental attitude, her perception that these people she was now neighbors with were “inherently, primarily dangerous.”

She came to see that her “junk is just as ugly as theirs.” The only difference, she found, was that she had been “conditioned to hide it or mold it into something more socially acceptable  and middle-class.”

Out my own front door
My neighborhood bears no comparison to Shannan’s. It is clean, manicured, maintained. Is this why I resist the command of Jesus to go?

Why am I persisting in my false belief that “someone else” is called and commissioned and I’m not?

Did Jesus call us to comfort and security?

Maybe, just maybe?
Could you and I start by extending an invitation this week to someone to begin a conversation? Jesus promises He will be with you, even beyond the entrance to your subdivision.