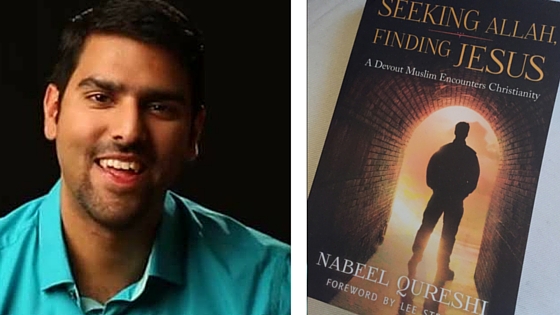 I’ve been reading the book Seeking Allah, Finding Jesus by Nabeel Qureshi. It’s the author’s own story of the friendships, investigations, and dreams that God used to lead him to Himself.

As I read, I found his comments about Christians and their ways of evangelism interesting and insightful to say the least. For example, he writes:

There is a simple reason I never listened to street preachers…they treated me like an object of their agenda.

Unfortunately, I have found that many Christians think of evangelism the same way, foisting Christian beliefs on strangers in chance encounters. The problem with this approach is that the gospel requires a radical life change, and not many people are about to listen to strangers telling them to change the way they live.

On the other hand, if a true friend shares the exact same message with heartfelt sincerity, speaking to specific circumstances and struggles, then the message is heard loud and clear.

Throughout the book, I continually paused to self-assess: would I be considered one of those exceptions? Certainly his friend, David, was. And it was David that God used—over time and in the context of relationship—to introduce Nabeel to Jesus.

Up until I met David, I knew of no Christians who truly cared about me, no one who had been part of my life through thick and thin.

I had plenty of Christian acquaintances, and I’m sure they would have been my friends if I had become a Christian, but that kind of friendship is conditional. There were none that I knew who cared about me unconditionally. Since no Christian cared about me, I did not care about their message.

But David proved to be a “real friend” who cared deeply for Nabeel as a person long before he ever believed in Jesus.

David’s unconditional care and friendship is what gave Nabeel the courage to acknowledge the truth about Jesus.

Relationship makes for fertile soil when it comes to helping someone else grow a faith in Jesus.

Are your efforts to share the gospel in the context of relationship?