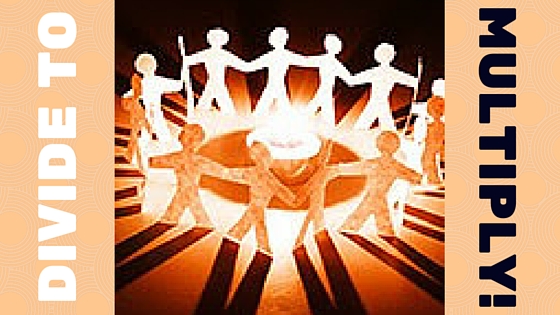 Seeing our group grow was thrilling, but last fall we found ourselves so large that some of our group members’ houses weren’t big enough and we had to rearrange furniture to get everyone seated. I realized with conviction that when another new person showed interest in joining us, my immediate thought was, We can’t have any more! We had grown close as a group, but comfort in our cocoon is not God’s goal, as much as we enjoy it.

After much prayer, right after Thanksgiving I brought our size challenge to the group, asking them to pray over Christmas break and to email or call with their thoughts before coming back together in January. As everyone prayed, it became clear that the group needed to split. In December one woman sent an email that showed the value of becoming two groups so we could share with more people and grow more. And then one of the newer participants emailed back:

“… as I read your words, a thought came to mind: this is like a new birthing, which can be a hard struggle in the laboring process but when the birthing is complete, there is joy and excitement in new life! Then the anticipation of growth and maturing and the baby’s personality develops. We will be welcoming more to our God-family. What may have felt like a loss is really a discovering of new space for our bigger sisterhood.”

As the one who originally started this group of women who were now dear to me, I faced my own wrestling with God’s clear prompting, but I called each of the women who had come in the last few years and asked if they would be willing to be in a new group with me. I was so glad when another “long-timer” decided to join our group as well. In January we met once more all together to work out logistics. We decided to continue communicating by email, to share needs for prayer, and to meet all together again in April or May.

Now we have two groups of eight people each, a mixture of believers and seekers. I have found that people who were quiet before are now talking so much more, and it’s like an adventure to me. I’m getting to know these women so much more! One participant said, “I’m the only person in my family who has ever come to a Bible study, and they ask me, ‘What do you do there?’” Hmmm. I’m thinking. If they’re interested, we have room!