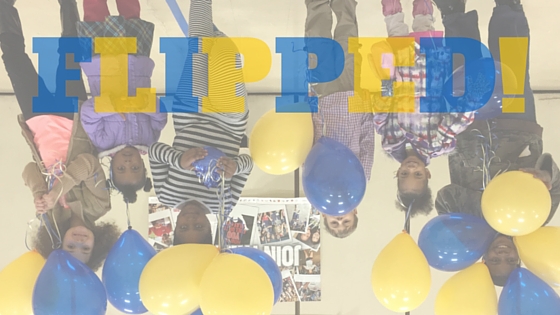 I have a friend named Bill who loved leading his small group made up of several couples from his church. It gave him opportunities to teach others what he was learning in his Sunday school Bible class. Bill was learning a lot by preparing for his regular presentation to the group. There wasn’t much dynamic discussion or diversity of opinion, as it wasn’t necessary with Bill in the room. He had almost any answer that people needed. The other members of the group didn’t always agree with Bill or get to talk much, but he made it so clear that he was the expert they were afraid to speak up with a differing opinion.

Then one day, Bill was sick with the flu, and Sally, Bill’s wife, volunteered to lead the group that night in his place. Sally didn’t consider herself a Bible expert, but she knew how to draw people out. She brought a discussion guide that asked good questions about the Bible passage. She made sure everyone got a chance to talk and share their view, even if it didn’t agree with hers or others’ in the group. By the end of the evening, there was more laughter and lively discussion than most evenings. Everyone asked if Sally would mind leading more often. They couldn’t quite put their finger on how it was different from Bill’s leadership, but they knew they liked it and wanted more.

There’s a relatively recent phenomenon in education called the flipped classroom. A “traditional classroom approach” is listening to lectures and taking tests in the classroom, while problem solving and thinking about what you are learning occurs at home. A flipped classroom is a reverse instructional model where students learn content at home, watching online video lectures about the subject outside the classroom, and then “do homework” in class with teachers and students discussing questions and solving problems related to the content in their prime time together. Student-teacher relational interaction significantly increases, and teacher interaction with students is more personalized. The role of the teacher is to guide or facilitate learning, rather than to deliver content in a lecture.

Greg Green, the principal of Clintondale High School in Clinton Township, Michigan, a financially challenged school near Detroit, had seen their school’s failure rates compete for the highest in the country year after year. Their staff thought it was hopeless, with no clear solution from the experts and inadequate funding available to fix it. Yet after only 18 months of “flipping classrooms” at Clintondale, discipline problems decreased dramatically, the English failure rate decreased from 52% to 19%, the math failure rate decreased from 44% to 13%, and the science failure rate decreased from 41% to 19%.” A complete paradigm shift had been needed, and it worked at almost no new expense! Thanks to internet and video technology, students watched lectures outside of class and worked closely with their teachers and fellow classmates at school to discuss and problem solve.

With those impressive results in such a short period of time, educators all over the world began watching what was happening at Clintondale and wondering what it could mean for them. Those involved in the flipped classroom movement say it changes the teacher’s role from a “sage on the stage” to a “guide on the side.”

I can’t help but wonder what relevance all of this might have to the church. What do you think? Are there aspects of how the church functions that need to be flipped?