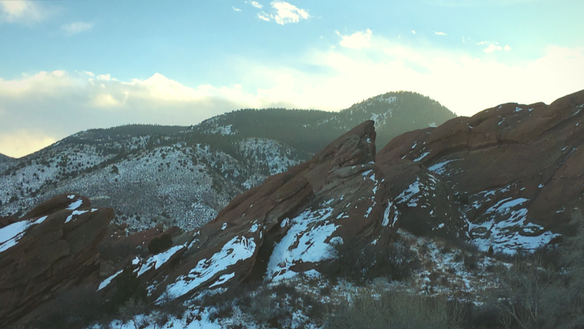 Shortly after the Louisiana Purchase in 1803, President Thomas Jefferson commissioned a select group of U.S. Army volunteers under the command of Captain Meriwether Lewis and his friend, Second Lieutenant William Clark, to cross what is now the western portion of the United States.

The Lewis and Clark Expedition, also known as the Corps of Discovery Expedition, was charged with a few primary objectives: Explore and map the newly acquired territory, assess the new land’s commercial possibilities, and find a practical route across the western half of the continent that would provide easy access to the Pacific Ocean.

The Expedition set out in late May, 1804, from St. Louis, Missouri, proceeded up the Missouri River, and traveled its tributaries until it came face to face with the Rocky Mountains and the harsh reality that, contrary to what they believed to be true and had planned for, no easy all-water route to the Pacific existed.

A change in expectations
The Corps of Discovery had expected to find a water route to the Pacific. All of their preparations and assumptions about their journey centered around waterways. They were boat people and had expected that they would use their boating skills to navigate their way to the next great ocean.

But facing the formidable, rocky range, they knew that their plans and training would prove to be wrong and unhelpful.

New questions
How on earth would expert boat people become expert mountain people?
What should they do, considering that all their assumptions and previous maps were wrong?

Where would they go from here?

Lewis and Clark and the Corps of Discovery were about to go off the map and into uncharted territory. They would have to change plans, give up expectations, even reframe their entire mission. What lay before them was nothing like what was behind them. There were no experts, no maps, no ‘best practices’ and no sure guides who could lead them safely and successfully. The true adventure—the real discovery—was just beginning…

Tod Bolsinger uses Corps of Discovery Expedition as the core metaphor in the aforementioned book to describe the uncharted territory the Church finds itself in today. Prepared to continue to paddle canoes, they need to climb mountains instead. Indeed, “In every field, in every business, every organization,” Bolsinger asserts, “leaders are rapidly coming to the awareness that the world in front of us is radically different from everything behind us” (p.27).

This is the canoeing the mountains moment. This was when the Corps of Discovery faced for the first time the breadth of the challenges posed by the Rocky Mountains and came to the irrefutable reality that there was no Northwest Passage, no navigable water route to the Pacific Ocean. This is the moment when they had to leave their boats, find horses and make the giant adaptive shift that comes from realizing their mental models for the terrain in front of them were wrong (p.93).

When it comes to the way you do church and evangelism and discipleship, are you ready to make the “adaptive shift” because you know—just like those early adventurers—that based on what’s in front of you, something has to change?

Become a pioneer! Canoe the mountain! Q Place invites you to join the adventure!