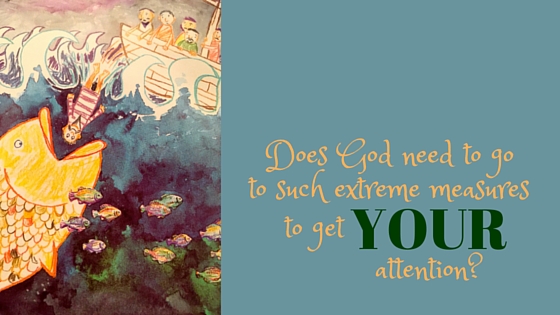 What does it look like to love people the way God wants us to? The Bible certainly has a lot to say about that question, but one place most people wouldn’t think to look is the little Old Testament account of the prophet Jonah.

Jonah is perhaps best known for giving a fish indigestion, but look closer at the story his life tells and you will see the relentless love of God for people who might seem unlovable.

Jonah was a prophet in the northern kingdom of Israel in the 8th century B.C. And Jonah, like most people in the region at that time, despised Assyrians. Assyria was the big, bad empire that was trying to take over the entire world, with brutal tactics that gave them a well-deserved reputation as a serious threat. So when God told Jonah to go preach in the Assyrian capital of Nineveh, he quickly took off in the opposite direction.

As far as Jonah was concerned, Assyrians were not worthy of love—they were hated enemies. And he wanted no part of preaching to them. Even giving them a warning of judgement—which is the message God asked him to deliver (Jonah 1:1-2)—was not something Jonah wanted to do. He didn’t want to be anywhere near “those” people.

God had no intention of letting Jonah off the hook, though. You see, God loved the Assyrians. And he loved Jonah, too. He wanted to change Jonah’s attitude about these people that he saw only as hated and feared enemies.

Jonah did eventually make his way to Nineveh, and after he (reluctantly) delivered God’s message, he became extremely angry when they actually listened, repented, and vowed to pursue a life of peace. He was so angry about this outcome that he yelled at God about it and declared that he would rather die than to be part of seeing Assyria avoid judgment (Jonah 4:1-3).

Jonah was so blinded by his fear and hatred of the Assyrians that he would rather die than to see them repent, turn away from their sin, and submit to God.

But God loved them. And he loved Jonah, too. So he gently asked Jonah a question and gave him an object lesson to explain his love for the Assyrians to Jonah (4:4-11).

Though the book doesn’t tell us, I think Jonah got the message. Otherwise, he probably wouldn’t have told the story and written it down to share with us through the Bible.

The thing we need to do is ask ourselves: Is there any person or group of people with whom I would be reluctant to share God’s love? Or: Is there someone in my life who loves God, but harbors the kind of disdain for some people that Jonah demonstrated? In either case, God wants you to love “them.”

Be the kind of person that displays God’s love for all people. Hopefully God won’t need to go to such extreme measures to get your attention!