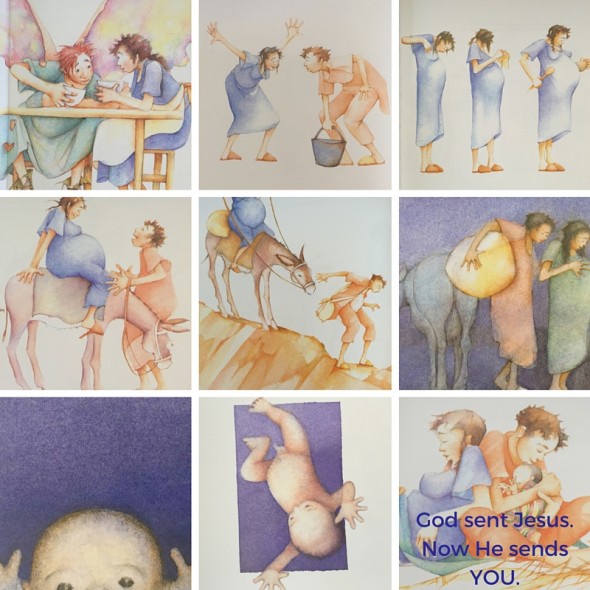 Wherever I go, the biggest concern for living incarnationally is about time: “Hugh, I get this, and I know I should be more intentional about all of this, but I’m just so swamped I can’t imagine having consistent time or energy for people.” My response is always the same: “Anyone has time to be a part-time missionary.”

A missionary is just a “sent on.” And the story of God sending people to bring hope to the world didn’t begin or end with Jesus. When Noah and His family needed hope for a new life, God sent an olive branch. When God’s people were hungry in the desert, He sent manna as daily food. When the Israelites were surrounded and held in bondage by enemies, He sent plagues and pestilence and even death to get them out! When their cities and lives were broken because of their disobedience, He sent prophets. And then, in a final play to bring in all the chips, He sent Jesus to earth. As Jesus fulfilled His mission, He busted the lies of the Enemy and the apathy of humanity with these words: “As the Father has sent me, I am sending you” (John 20:21).

So how can any person be at least a part-time missionary? You just have to see everywhere you are as a mission field. For instance, most parents who have kids in school or athletics are on the same set of bleachers with the same parents of the same kids for at least two to three times a week, if not more. There’s ten hours of missionary time. If you’re a student, you’re walking the hallways or enjoying extracurricular activity with people at least five hours a week. Studying together is another ten-hour-a-week opportunity. We also frequent the same coffee shops or pubs on the way to and from work or school, so there’s another two to five hours a week on that mission field. Then of course there is the street we live on…It can be done if you let God send you.

God has never been the type to send doctrine or pat, easy answers to get us out of conversations. He doesn’t send us pastors to do all the work for us or church buildings to keep us safe from doing His work. His longing was and is too deep. He has always sent what we need to help orient us back to Him, and the life of incarnation will always and only happen when we let God send us to the people He longs for us to help. Because God cares for Joe, He will send Steve. Because He loves Lacy, He will send Sarah. Will you let Him send you?