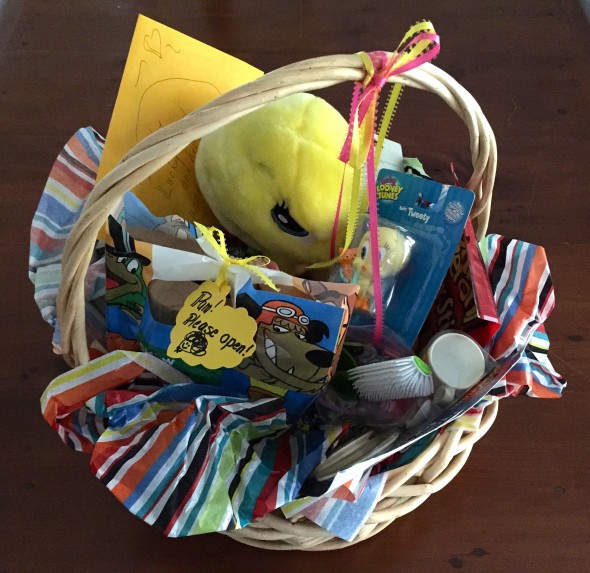 It was one of those unusual weekend mornings—nothing was on my calendar, my husband was out of town, and the two kids we still have living under our roof—shockingly—had nowhere they needed to be. This was a recipe for a rare mom indulgence: sleeping in! Sprinkle in some rain, add a dash of chill, and I was happy to slide the weekly ritual of Saturday chores to the proverbial back burner while I stayed toasty under the covers.

Then I heard my cell phone ringing on the bedside table.

Are you kidding me? Who could it be? What now? I wondered, opening my eyes.

The insistent buzz of my phone was getting hard to resist. Reluctantly, I glanced at the screen.

I didn’t recognize the number. Could it be the airline? Hurricane Patricia was about to hit Texas. Maybe Jeff had a flight change out of Houston!

I picked up. As soon as I said, “Hello,” the woman on the other end began a joyful, energetic litany. Any remaining trace of my cozy stupor vanished.

This was certainly NOT the airline.

It was Janet. And a smile creased my face.

I know Janet through one of my best friends, Janny; I’d recently sent out invitations for Janny’s daughter’s baby shower, and Janet was invited. This call was to tell me that, regretfully, she could not attend and that she planned to drop her gift off to me.

But for Janet, the shower invitation and its RSVP was much more than that. It was a chance to talk. I settled in and got comfortable. Janet is a self-proclaimed chatter-box – and is actually a delightful story teller who is graced with the ability to make make chit-chat with just about anybody, capable of putting others uncannily at ease as she does. She can enthusiastically talk about just about anything and everything to anyone, and our Saturday morning call, although not in my plans for the day, did not disappoint.

Before she hung up, making sure I remembered that she would bring her collectable Tweetie-bird gift basket for the shower to my house later that morning, she said this:

“Pam, thanks for listening.”

And I knew she genuinely meant it.

After the call ended, I couldn’t help chuckling to myself, my rare mom-moment of sleeping in long past, and said out loud to no one in particular, “There went that!”

I had momentarily forgotten God was there. But then He whispered back to me:

There went LOTS. Stay ready. I will use you anytime I need to—when you least expect it, when it’s not on your agenda, and through the simplest of things.