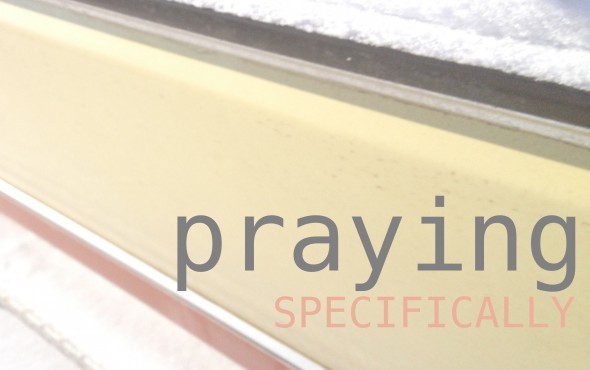 It’s hard to overemphasize the power of praying intentionally for specific people in their specific circumstances. Personal prayer engages our hearts in a way that doesn’t happen when we pray in general terms:

Could praying specifically be the heart of intercession?

Nineteenth-century evangelist George Müller was a godly man known for his tenacious practice of purposeful prayer. He believed that prayer had the power to influence people toward true faith in Christ and actively lived out what he professed. Müller prayed faithfully, he prayed daily, and he prayed – by name – for people who didn’t yet know Jesus.

In his book, George Müller: Man of Faith and Miracles, author Basil Miller recounts Müller’s experience of praying for five not-yet believers in his life:

Müller’s passion, commitment and deep love for those He desires Christ for, inspires me.

In an interview near the end of his life, Müller was asked how much time he had spent in prayer for the last two unsaved people on his five-person list. He humbly and earnestly responded, “I have been praying every day for fifty-two years for two men, sons of a friend of my youth. They are not converted yet, but they will be! How can it be otherwise?”

George Müller died in 1898 and did not live to see the day when the two young men for whom he had prayed over half a century turned to God, but they did. God’s commitment to the prayers of a faithful servant outlived the servant and ultimately Müller’s prayers were answered.

Let me say again how inspired I am by Müller’s faithfulness and his story of lasting, committed, diligent specific prayer – each of us would do well to emulate it. But even more so, I love what Müller’s story tells me about the character of our God. Ultimately, HE  is faithful and that’s why we can turn to Him in prayer in the first place.