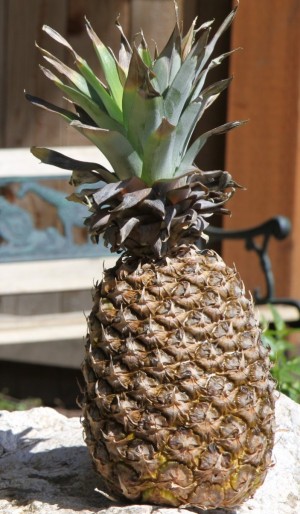 Becky Henchman is a marketing and communications professional from Seattle, WA, who is passionate about friendship and connection. She began blogging about a year ago when she declared war on “the Seattle Freeze” which “refers to a belief that it is difficult to make new friends (especially for immigrants from other cities) in the city of Seattle. Newcomers to the area have described Seattleites as being standoffish, cold, distant, and not trusting” (Wikipedia).

Asking the hard questions about her beloved city, her neighbors and most importantly, herself, Becky set out to explore whether the Freeze is real or just feels real and to create a community to reverse the belief. Openly confessing that it had even taken her about ten years to get to know about a dozen people in her neighborhood, Becky recently reflected on what’s she’s learned about the practical side of being a welcomer in this, her first year, of intentionally living to do so.

The following is adapted from her blog, Eat. Play. Thaw.

In the last 12 months of my quest to thaw the Seattle Freeze in my own neighborhood I’ve learned a few “trade secrets” that anyone could use to increase connection with their neighbors. Some I’ve learned by trial and error, some I’ve picked up from those who’ve posted great comments on my blog. I hope they encourage you!

Confession: I am the Queen of the Last-Minute Invite. As an extroverted extrovert, I tend to make the silly assumption that people want to hang out. All the time. On a moment’s notice. What was I thinking?

I’ve learned that it’s not at all odd—in fact it is preferred—to give your neighbors about 3-week’s advance notice for a dinner invite if you expect their calendar to be open.

Secret #2: You don’t have to have everyone over in one night!

Block parties are GREAT for getting acquainted with a lot of neighbors on one night; dinner parties are not!

When moving from acquaintance to inviting a neighbor over for dinner, plan a dinner party with just one neighbor at a time. If you want to invite more, keep the ceiling at six adults. More than six and your introverts will start dissolving into the wallpaper. #TrustMe

In a culture that is constantly moving, sitting down over a meal—or even a cup of coffee—is a gift. You can count on it taking a while to get some people to unwrap that gift. I still have neighbors, one year into this journey, with whom I’m still trying to find a time that works for both of us to have them over for dinner.

DON’T TAKE IT PERSONALLY. Don’t focus on who can’t make it. Rather, celebrate who says “yes” and seize the opportunity to get to know them better.

By simply practicing the Discipline of Inviting, I think I’m seeing a shift in our neighborhood culture, hearing about more “invites” between neighbors. I believe when we get intentional about inviting our neighbors to connect, the neighborhood culture itself starts to believe that ‘inviting is a safe thing to do here’ and, thus, encourages more inviting.

Secret #5: Inviting is a Gift.

Whether or not a neighbor has been able to attend one of my events, many are so appreciative of just getting the invite.

I believe the Discipline of Inviting opens doors to further conversations.

Secret #6: Not every neighbor wants to connect. But many do.

Yes, I still have neighbors on my street whom I’ve never met. But I HAVE met a lot of them, and I am grateful for those who are able to connect and want to be known.

For those that I’ve not yet met, I’m committed to stop categorizing people based on first impressions or responses. We never know what’s going on in people’s lives until we get to know them. And we never know when an opportunity might present itself to connect in the future.

Secret #7: Anyone can do this!

My goal with this journey was simply to put the pineapple out on the front porch and do my best to make sure the people on my street weren’t feeling victim to the Seattle Freeze. I just started doing some inviting. Nothing magical, nothing extraordinary. Nothing that anyone else couldn’t do.

I welcome you to do the same!