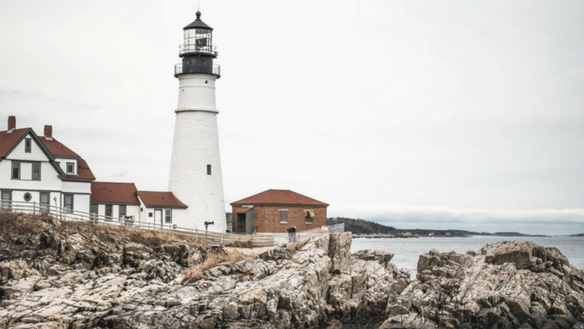 In 1953, the Rev. Dr. Theodore O. Wedel, a canon of the National Cathedral and one-time President of the House of Deputies of The Episcopal Church, wrote the following parable. Though written over 60 years ago, is it possible that there is even more truth in it today?

On a dangerous sea coast where shipwrecks often occur, there was once a crude little life-saving station. The building was just a hut, and there was only one boat, but the few devoted members kept a constant watch over the sea, and with no thought for themselves, went out day and night tirelessly searching for the lost. Some of those who were saved and various others in the surrounding area wanted to become associated with the station and gave of their time and money and effort for the support of its work. New boats were bought and new crews trained. The little life-saving station grew.

Some of the members of the life-saving station were unhappy that the building was so crude and poorly equipped. They felt that a more comfortable place should be provided as the first refuge of those saved from the sea. They replaced the emergency cots with beds and put better furniture in the enlarged building.

Now the life-saving station became a popular gathering place for its members, and they decorated it beautifully because they used it as a sort of club. Fewer members were now interested in going to sea on life-saving missions, so they hired lifeboat crews to do this work. The life-saving motif still prevailed in the club’s decorations, and there was a liturgical life-boat in the room where the club’s initiations were held.

About this time a large ship wrecked off the coast, and the hired crews brought in boatloads of cold, wet and half-drowned people. They were dirty and sick. The beautiful new club was in chaos. So the property committee immediately had a shower house built outside the club where victims of shipwrecks could be cleaned up before coming inside.

At the next meeting, there was a split among the club membership. Most of the members wanted to stop the club’s life-saving activities as being unpleasant and a hindrance to the normal social life of the club. Some members insisted upon life-saving as their primary purpose and pointed out that they were still called a life-saving station. But they were finally voted down and told that if they wanted to save the lives of all the various kinds of people who were shipwrecked in those waters, they could begin their own life-saving station. So they did.

As the years went by, the new station experienced the same changes that had occurred in the old. It evolved into a club, and yet another life-saving station was founded. History continued to repeat itself, and if you visit that sea coast today, you will find a number of exclusive clubs along that shore. Shipwrecks are frequent in those waters, but most of the people drown.