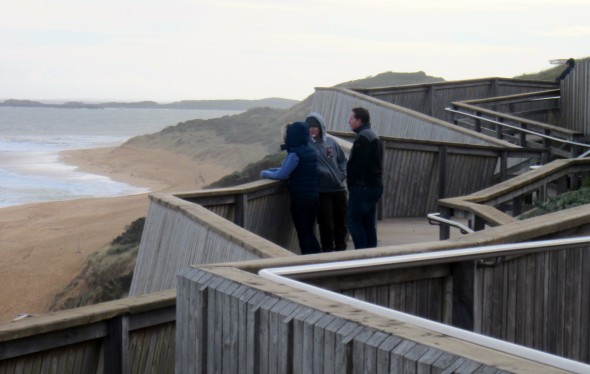 One Sunday morning, Rich walked into the church office down the street from his house and asked if there was a Bible class he could attend. The secretary directed Rich to the only Bible study offered: our Q Place. We welcomed him with open arms and then were puzzled each week as Rich faithfully came, his study guide filled with notes, but never told us what he thought. He just wanted to listen to our discussion.

About three months later, Rich’s story spilled out. Having grown up a Jehovah’s Witness, Rich rose to be a JW leader in our California Bay Area county. As a scholar, he was commissioned to be on a team at the New York Jehovah’s Witness headquarters to work on a new translation of their Bible. While studying the book of Romans in original languages, Rich realized that the teaching he grew up believing was contrary to what Romans actually says. So he took his findings to the JW leadership, who promptly removed Rich from the project, sent him back to the Bay Area, and excommunicated him from the church.

People Rich had known from childhood wouldn’t speak to him when he met them in a store. He was an outcast, hurt, and very confused. What Rich wanted more than anything was to understand truth, and specifically the truth of the Bible. What did it really say? Were Jehovah’s Witness’s teachings really incorrect? If so, then what was correct?

As Rich faithfully attended our Q Place, he opened up little by little. He told us what he desperately needed was to hear our discussion around the Word, as we discovered together what it says, what it means, and how it applies in our lives. This is the inductive method, which allows people to come to a realization of the Bible’s message for themselves. It’s one of Q Place’s core values, which we express as “Self-discovery.” Rich was used to the JW deductive approach to Scripture, where a teacher can find and assemble isolated verses to prove ideas that aren’t supported from a careful reading of Scripture. This is how cults, like the Jehovah’s Witnesses, lead people to believe that the Bible supports what they teach.

An inductive approach treats Scripture with integrity. It requires careful reading, examination, exploration of the context, and discovery of the original author’s purpose. Plus, it safeguards against careless or destructive teaching. This quickly became obvious to Rich as he attended our Q Place.

“There isn’t another book in the world that’s been more misquoted, regardless of context or purpose or reference, than the Bible. That’s one reason inductive principles are so important.”

Over time, Rich became grounded in what the Bible actually says and grew in loving and following Jesus to the point where he attended seminary and is now a pastor!

Who is venturing into your church doors? What are their stories? Do those who are confused have a chance to discover truth for themselves from the Bible (not just from a teacher)? Why not give them the gift of a Q Place?

“This story powerfully illustrates the value of an inductive approach to the Bible—you might say that Rich inductively discovered the value of the inductive approach. It was pure self-discovery! But in our focus on the Art of Listening this week, we also see a unique twist to our typical understanding of practicing this art in a Q Place. While Rich wanted only to listen over many weeks’ time, the group initiators were also sensitively listening—not to Rich’s words, but to his desire to remain silent until he was ready to open up. They didn’t press him while he took in the group’s handling of Scripture. What a joy, then, to hear Rich’s story and to realize that in simply listening to Rich’s silence, they were offering just what he needed to make the crucial discoveries that he was desperately seeking.”