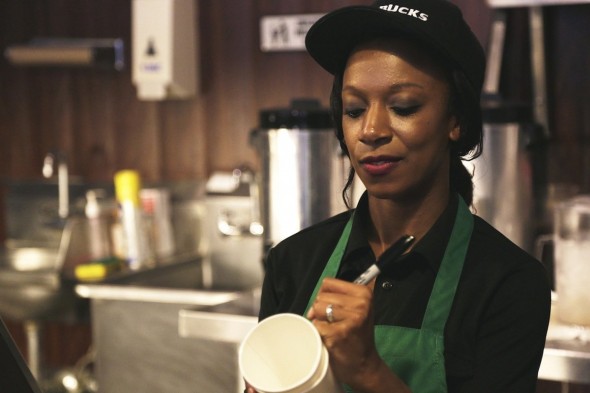 When he walked up to the register, I had to look up to make eye contact with him. I greeted him and asked, “What can I get started for you?” He told me he wanted a venti nonfat latte. I marked the cup and asked my next question, “What’s your name?”

It took a few more interactions before I cemented his name in my head, and the first time I greeted him by name when I saw him in line, his face lit up.

Wolfgang and I had this 30-second encounter five days a week for several years. One day I noticed that Wolfgang wasn’t coming in each morning. I was perplexed but had to accept that something had altered his routine and his morning latte wasn’t part of it any more.

Fast forward a year. Wolfgang walked into my store and I called out, “Wolfgang! Where have you been? Long time no see!” He stopped in his tracks, an incredulous look on his face.

I told him that he had a multitude of things about him to help me notice and remember him: he is a taller than average man, he speaks with a European accent, and, hello, his name is WOLFGANG!

We laughed together, but then his tone turned serious. “I want you to know that when I moved here three years ago, I didn’t know anyone. Coming in here every day and having you call me by name made me feel like I was known and that I belonged.” Tears welled in my eyes. I hadn’t known how my small act of noticing had impacted him.

Before I worked at Starbucks, noticing people wasn’t my thing. I confess that I even actively avoided noticing people. I rarely made eye contact or used the name tags people wore to actually say their names. They were there to help me accomplish my agenda and that was all.

Today, I can’t HELP but see people. God used a skill I needed to learn for my job to open my eyes to something He really wanted me to see: that He values each individual. I had no idea what He could accomplish through me by how I chose to notice those who crossed my path.

Noticing is a relational act of kindness. It involves sacrifice, putting someone else above yourself. Gary Chapman explains: “Kindness means noticing someone else and recognizing his or her needs. It means seeing the value in every person we meet.”

We live in a self-absorbed culture, where people are disconnected from the transforming power of community and relationships. When I choose to look for the value in an individual by intentionally noticing, I give God the opportunity to initiate something—in me and in them—that has eternal potential far greater than I can anticipate.