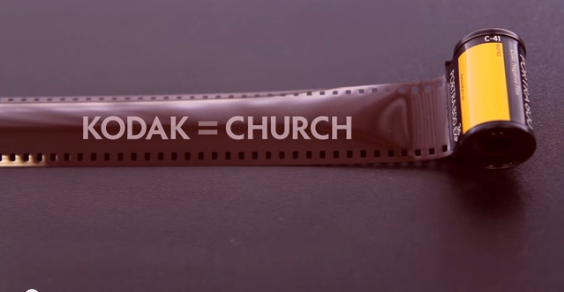 An important message for the church

We don’t hear much about the Kodak company any more. For well over 100 years, Kodak dominated the film scene and owned 89% of the market share in their industry. Indeed, its name was synonymous with pictures, photography, and film. Everyone wanted to have a Kodak moment.

But over the last twenty years, the Kodak story has changed dramatically, a giant casualty in the wake of digital photography. Ironically, it was a Kodak employee who invented the first digital camera. In 1975 when Steve Sasson brought his innovative new idea to his superiors, they told him not to talk about it; they didn’t want to threaten Kodak’s thriving photographic film market. Later, Kodak did pursue digital photography, but still the company failed to anticipate how completely digital photography would displace sales of photographic film.

Kodak’s leaders thought they were in the film business–instead of the imaging business.Their clutching of the traditional methodology clouded their ability to think about the real objective and outcome of their work.

Is there a message here for the church?  In the mission of making disciples how could the church, unlike Kodak, anticipate the needs of people in our changing culture? If Kodak clung too long to photographic film, missing the point that they were really in the imaging business, to what “successful” methodologies is the church clinging too long? What are we confusing with the main mission? Thom Schultz goes on to say:

Many church leaders believe they’re in the traditional preaching business, the teaching business, the Sunday morning formula business. Clinging to the ways these things have been done diverts the focus from the real mission of helping people today develop an authentic and growing relationship with the real Jesus.

In 1975, the same year that Steve Sasson invented the digital camera, Willow Creek launched its first church service. With a clear commitment to the main mission of the church as described in Acts 2, the founders of Willow Creek and those who followed in their footsteps took a radical departure from common church conventions. They moved the organ out of church and brought in new instruments. They changed the look of the front of the church and the seating to make it more welcoming to people who might not be used to church. They even incorporated creative arts and drama into the church service.

This new model attracted many in our culture who had soured on church formality, and they came back and brought their friends. As a result, many thousands of people have become fully devoted followers of Christ.

But so often in the church, once we experience some success, we can get stuck. The fruit of the attractional church was amazing. But now, the culture is moving again. More than ever before, people seem to be thirsty for deep relationships and open conversations instead of polished presentations. When we go back again to the main mission of Acts 2, what will we find in our current church traditions that we can strip away, and what activities do we need to add that will allow us once again to reach people where they are?

If we fail to see the changing needs around us and neglect to think creatively about how to meet them, we risk being the next Kodak story. We need innovators, rooted in Scripture and led by the Spirit of God, to rise to the current cultural challenge. Do we have the courage to step out in faith as God shows us the path?

Many thanks to Reframe Media/Walk the Way for the use of their video.